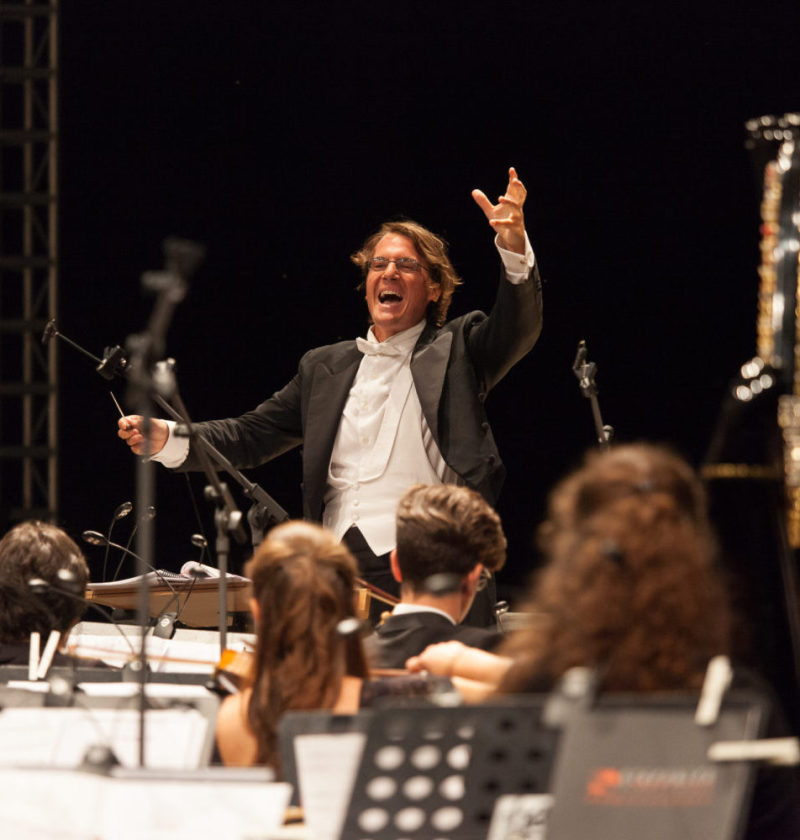 Born in Rome and resident in Milan, Stefano Salvatori is pianist, composer and conductor, interpreter of classical and contemporary composers, from symphonic to opera and ballet, performing as pianist or conductor.

Among his more recents engagements, in 2010 he was conducting, as italian premiere, the full version of " Blood on the Floor"composed by Mark Anthony Turnage, with the Orchestra of Arena di Verona.

In 2010 Salvatori was invited in Cairo Opera House to conduct a ballet with music based on great symphonic pieces and in 2011 again for a program with works of Liszt, for the 200 years from birth.

In 2013 he prepared and conducted the opera " Carmen"in collaboration with the Cantiere della Musica in Montepulciano.

In 2014 the final concert of the International Price Singing Competition " Etta Limiti" was broadcasted in worldvision on RAI World at Teatro Dal Verme in Milan.

In 2015 " Magic Nights" in the Reggia di Caserta, with the international star Andrea Bocelli and the Grande Orchestra Reale. Later, in december 2015, a full program dedicated to Johann Strauss Jr .was presented in Venice, at Teatro Malibran, in the season of Gran Teatro La Fenice of Venice.

In May 2016 he was invited in Mongolia for a Gala Concert with the Baritone Enkhbat Amartuvshin.

As a composer, his works have been executed from 1997 until today in many institutions: Biennale of Contemporary Music in Zagreb, Fondazione Arena di Verona, Teatro Eliseo in Rome, Teatro Dal Verme in Milan, Festival Bolgheri Melody in Tuscany ,Certosa di S. Giacomo in Capri among the others.

In 2014 he was in Catania at Teatro Bellini performing " Coppelia" and receiving a very good critic ( . . ."the orchestra was conducted with great elegance" .Giornale di Sicilia.)

Stefano Salvatori holds masterclasses of musical composition and conducting in relation with choregraphic creations at the Operacademy of the Arena di Verona.

On last 10 september 2016 he was at the head of the Grande Orchestra Reale of Caserta for a Gala Concert in Berlin with a mix program symphonic and operatic, presented in the frame of the season of Garten der Welt.

On october 2016 he has been invited for the second time in Mongolia for the opening of the season, conducting " Giselle".

On July 2017 he has been at the head of the Orchestra of Teatro Bellini from Catania for a new creation of ballet " Carmen" of Bizet, choreographed by José Perez at the Teatro Greco in Taormina, with great critic success ". . . The music of Bizet has been played by the Orchestra of Bellini 's Theatre in Catania in great shape , magisterfully conducted by Maestro Stefano Salvatori."

During summer 2017 again on stage in Barga's Festival as pianist and conductor with the soprano Deborah York and in Bertinoro's international Festival with a huge orchestra of 100 cellos,with first cellos players coming from the most important italian orchestras, like La Scala, Arena of Verona, Teatro Regio of Torino, etc.